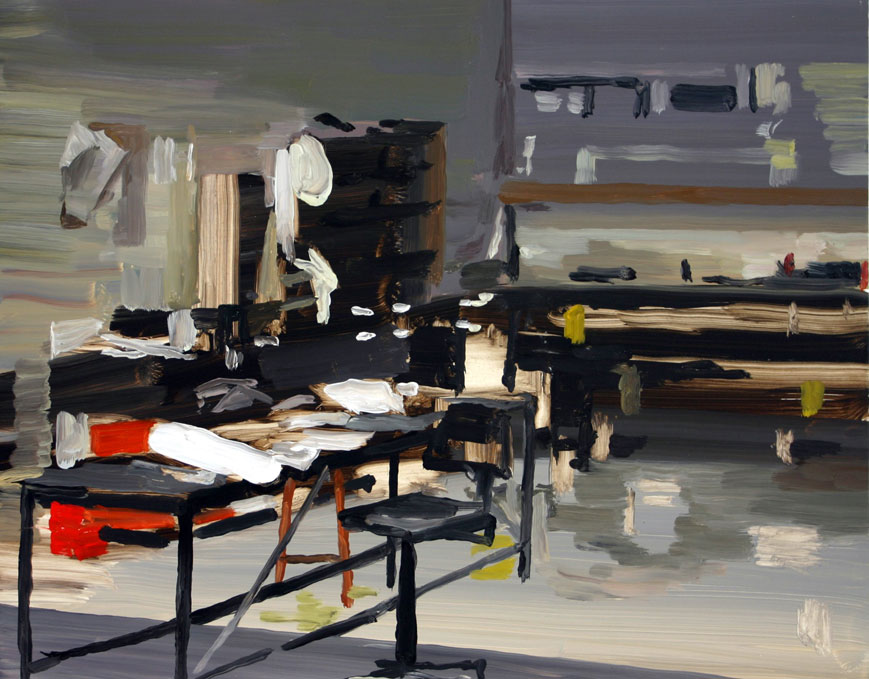 Walker lives and works in Glasgow. He has exhibited widely in Britain, with solo shows at the Andrew Mummery Gallery, London. The Talbot Rice Gallery, Edinburgh, and the Mappin Gallery, Sheffield.

His paintings are usually small in size and intimate. They frequently depict the immediate surroundings of his studio. Fluid and slippery, his works both concern the act and process of painting itself, as well as the complex physical and metaphorical aspects of the perceived world. They seem very much about the conscious act of apprehension, about the problematics of on the spot recording of chaos; of harmonising such disorder into a seamless unity. On the act of both editing and abstracting he says “When I am painting I am trying to make marks coincide with what I am looking at – I don’t want the viewer to be aware of anything that takes away from the wholeness of the image”.  Often appearing to have been made in one sitting, these works posses an immediacy, a freshness, and a crystal clear reaction to the seen