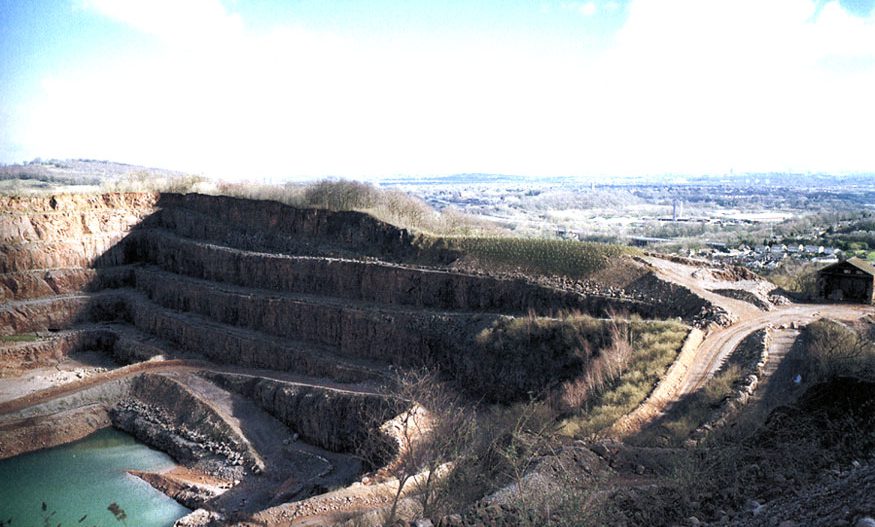 The artist writes “The current series of works entitled “Timescapes” reflect a growing desire to capture a place and time of quiet beauty and contemplation that is part of the residual rupture of industrial wealth and exploitation. The quarries seemed to have a magical quality that not only evidenced the scale of man’s imposition on the landscape but demonstrated a reformation that culture and science had clawed back. I have chosen to exhibit the quarry series as triptychs and other multiples in order to express the idea of a journey, memorised and reconstituted, allowing the “grand view” and “close proximity” of the landscape to sit side by side to effect a new “Timescape”.

The word “Timescape” is borrowed from the book “Timescapes of Modernity” written by Barbara Adams in which she investigates time as the invisible “other” that works outside and beyond the reach of our senses. The book acts as a constant reminder of “Beauty and the Beast” and the hazards of industrial success. My desire to create visual delight in these images is always tempered by my knowledge of the “other”, but knowledge itself is often at odds with the exhilaration of the visuality found”.