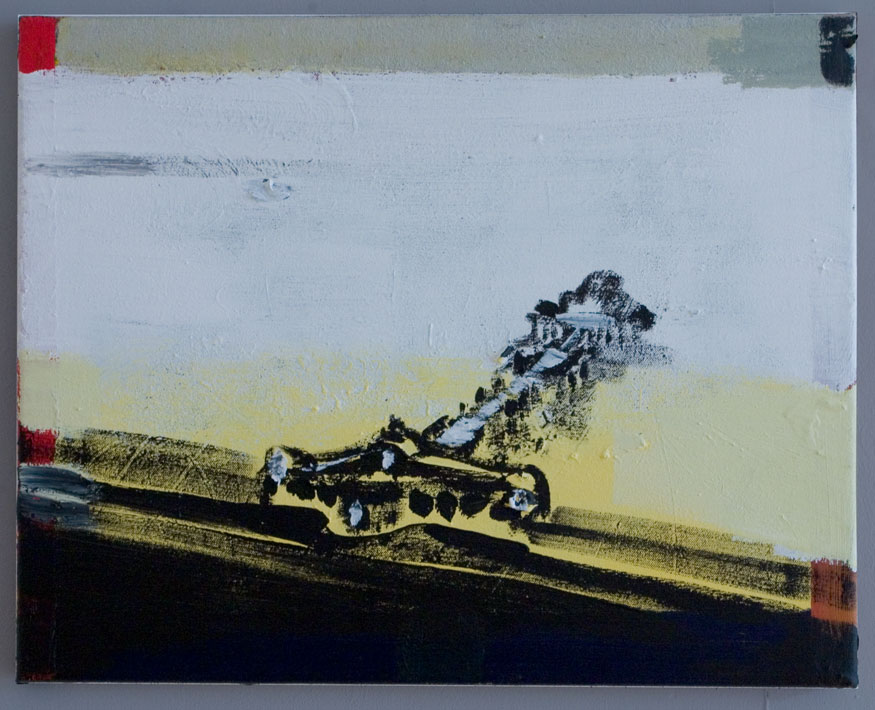 Merlin James was born in Cardiff. He studied art at The Royal College of Art (1986), and has lived and worked primarily in London. He has exhibited widely in Europe and America, and his writings on art have been published in numerous journals and magazines. In 2002 he held the Alex Katz Chair in painting at the Cooper Union School of Art, New York. For most of 2003 he  lived and worked at the international residency flat at Butetown studios, above BayArt gallery.

His work has been associated with the revival of interest in painting in the recent years. The present exhibition, extending from early work to the present, begins to map out the artist’s concerns. His paintings can appear disparate and eccentric – by turns abstract or representational, swiftly executed or slowly resolved, prosaic or lyrical, explicit or cryptic. James has written extensively on art, and his work draws strongly on the history of Western painting, at the same time engaging very directly with a wide range of human experience – aesthetic, psychological, sexual and intellectual.