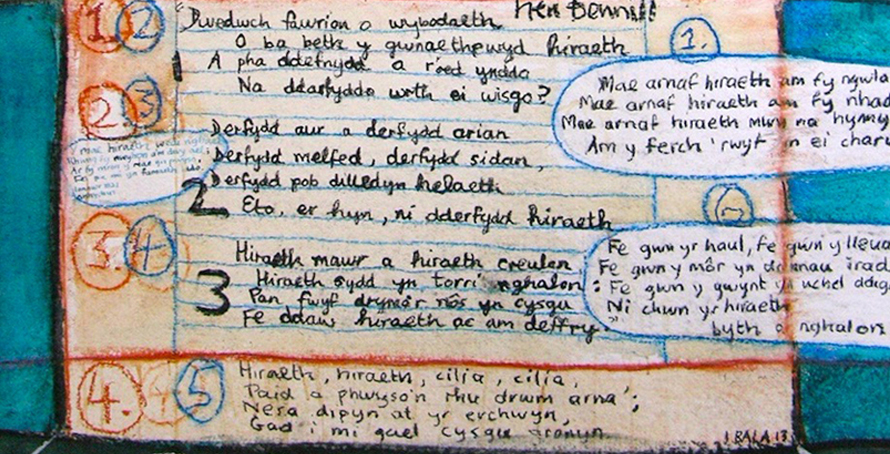 Whilst text has been of major importance in post-modern art, this exhibition, curated by Iwan Bala, will be focusing on the use of text that celebrates the tradition of Welsh poetic writing, which has been the source of continuity for Welsh cultural identity since the fifth century.

Artists of several generations are, through ‘custodial aesthetics’ (a sub-text to the exhibition) moving the ‘word’ into ‘image’, and thence into ‘object’. Language is not only presented as image, but is the object of these artist’s concerns. The ‘objects’ presented encapsulate the continuity of a cultural identity. Each artists approach varies, from the use of text itself to an engagement with the Welsh language and its cultural hinterland.

The theory of custodial aesthetics proposes that artists can have a role in the custodianship of cultural identity, and are not simply producers of ‘art for art’s sake’ or of art that is about the history of art. It promotes the idea that art can have a specific social function, in particular in marginalised cultures. With the increasing re-centralising of political power in the hands of a small elite in Westminster, the danger to the political, economic and cultural well-being of Wales is evident. Art has a role to play in resistance, in particular a resistance to forgetting who we are as a people.