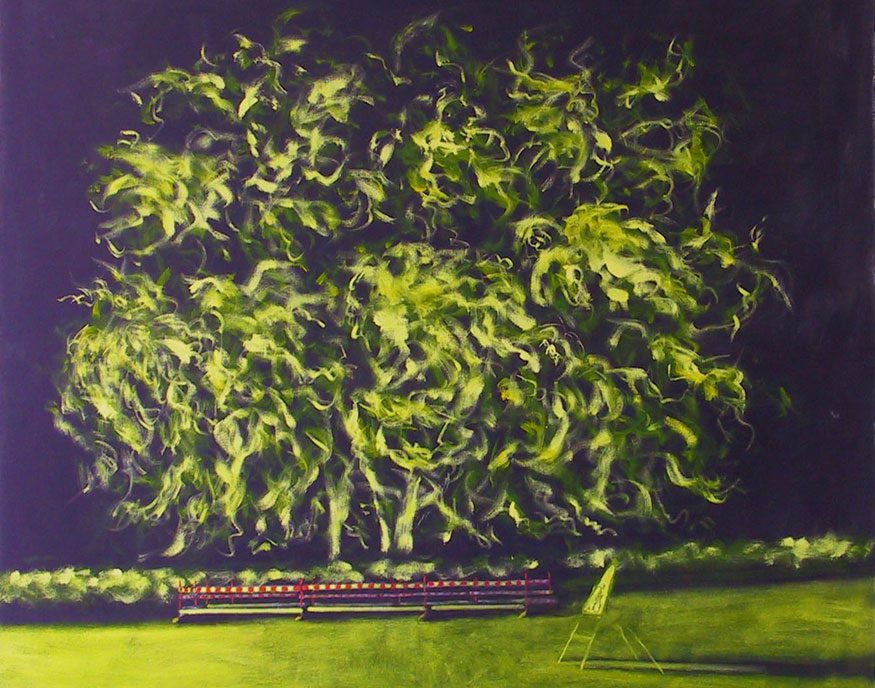 The inaugural exhibition at BayArt celebrates the launch of a major capital arts project. ‘Practising artists are central to this project in that they represent a kind of cultural capital. Without their quite, often lonely, urge to see afresh, and to make something new from their vision, the whole edifice of museums, galleries, curators, administrators, critics and all those who contribute to the creative industries could not exist. Hence, in 1995, a number of artists gathered in their crumbling rain-sodden and pigeon infested studio building with a strong sense that things should and could get better, but only if they took the initiative themselves. Out of this meeting a tentative strategy was formed, the principal part of which was to ensure that this grade two listed building could be retained as a place where art could be made in reasonable conditions and which would also provide a pleasurable and conducive environment to view it.’ Philip Nicol. 2002.
Artists include: Iwan Bala, Jan Beeny, David Brook, Richard Cox, David Gould, Annie Giles Hobbs, John Hobson, Carol Hiles, Mary Husted, Maggie James, Dilys Jackson, David Knight, Sean O’Reilly, Philip Nicol, Terry Setch, Emrys Williams and Sue Williams.
Sponsor: Gambit